When two scions of two industrial dynasties decide to tie the knot, it’s only natural that the wedding is a lavish affair. Wedding Wishlist gives you an insight into #KeshVee Wedding, the wedding of the year!

However, Keshav and Veena’s picture perfect wedding at Taj Faluknama Palace, Hyderabad left the phrase ‘lavish’ in the dust. This five day extravaganza was the talk of the town and it will remain the benchmark for other big Indian weddings to measure against. 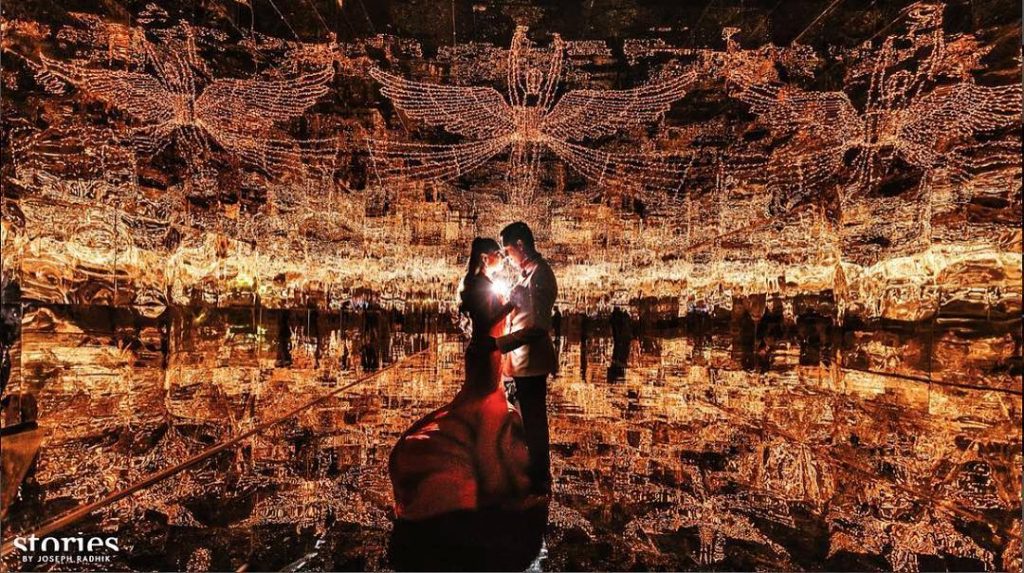 Keshav’s parents, Aparna and Sanjay Reddy, were extremely involved in the wedding preparations. Sanjay conceptualized the events entirely and a team of organizers executed it. Abu Jani & Sandeep Khosla were also part of the planning and resulting in a gorgeous aesthetic. The celebrations began with a traditional ceremony of Vedic chanting, where the guests bless the bride and groom. Technological goodies made the afterparty fun filled. From robots to video mapping – it was quite a night.

The sangeeth, which was the night after, was a glittering, sophisticated event, held at GMR grounds in Hyderabad. The star power at the event lit up the place almost as much as the actual lighting. The who’s who of Bollywood and Kollywood made appearances to congratulate the happy couple. Amongst the guests were Amitabh & Jaya Bachchan, Rekha, Shahrukh Khan, Akshay Kumar & Twinkle Khanna, Rahul Bose, Shilpa Shetty, Sridevi, and Sunil Shetty. Superstar Rajnikanth represented Kollywood. To everyone’s delight, Ranveer Singh and Jacqueline Fernandez joined the family and friends of the couple and danced to a few songs. 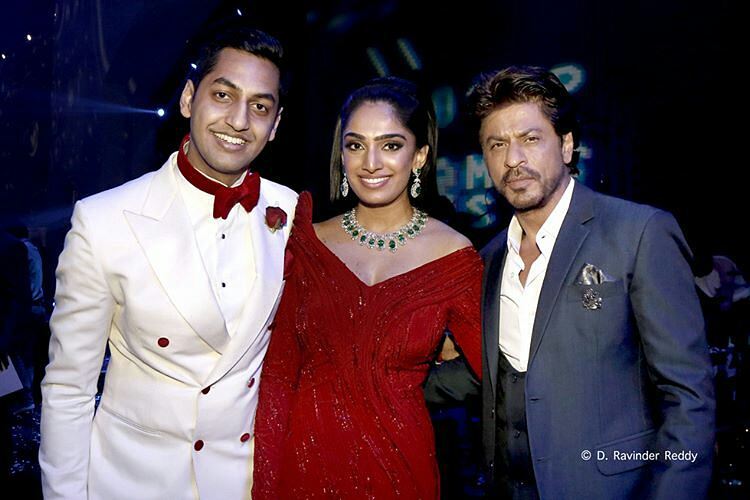 After that, the Reddy family played host to a truly spectacular event at their home; With a 1600 strong guest list, this all-day event was carnival themed. It was a truly unique way for their friends and family to celebrate the union. With five restaurants and eight bars catering, there were a variety of foods and drinks to try. The mela-style event also featured games and photo booths – everything needed for some fun in the sun.

With Abu and Sandeep at the helm, it was only natural that the bride’s trousseau be elegant and feature intricate details. The brand is famous for marrying western-inspired silhouettes with Indian charm and detailing. Their influence was felt in every aspect of the wedding – from the decor to the ensembles. The mother of the groom sported the work of several other legendary designers such as Tarun Tahiliani, Anamika Khanna, Manish Malhotra & Bina Modi. She also went traditional with a twist – buying stunning Kanjivaram sarees and having Abu & Sandeep rework them into more contemporary looks. 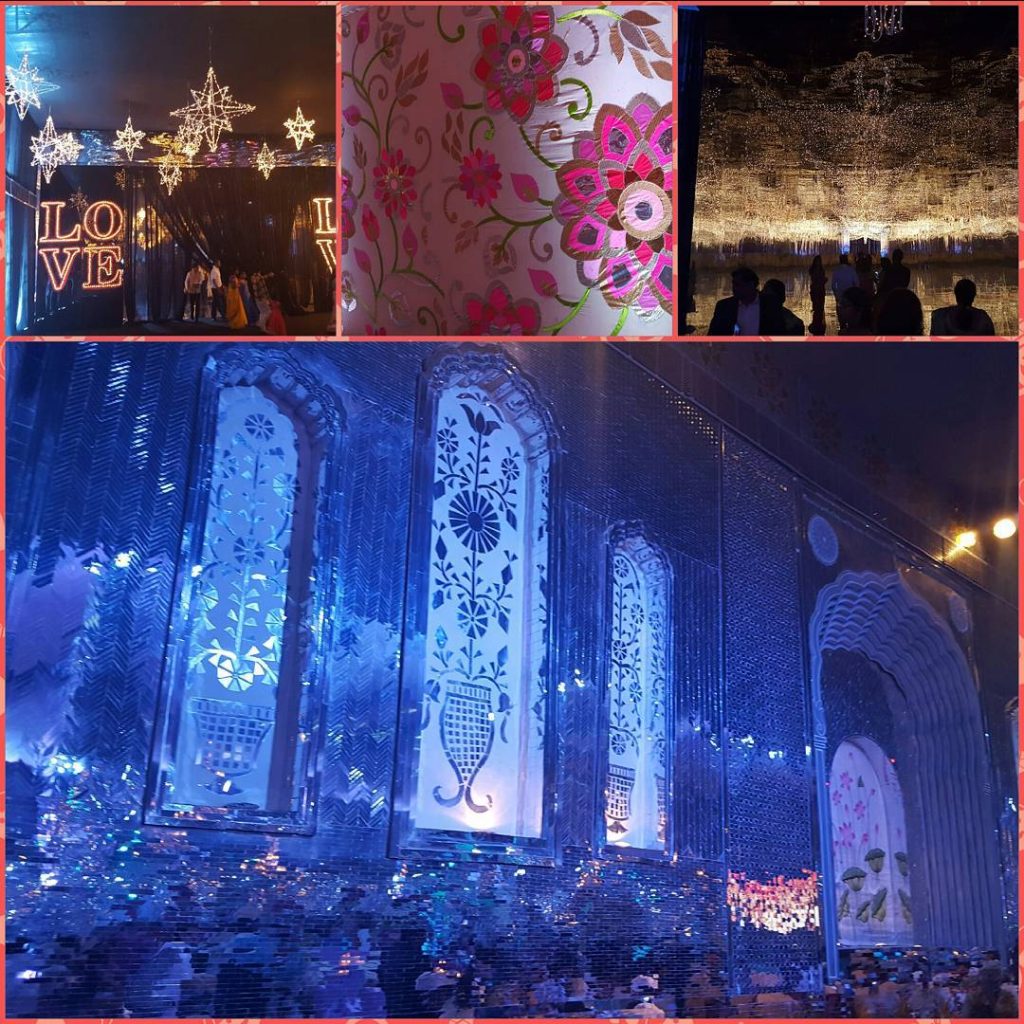 This fairytale wedding has not only set new standards, but has clearly ended on a happy note. Congratulations to the newlyweds!! May your marriage be as wonderful and fruitful as your wedding day(s)!