We almost wrapped up 2017 stating Samantha Ruth Prabhu and Naga Chaitanya’s to be the fairytale wedding of the year, until another ‘IT’ couple joined the bandwagon. And this time it was our heartthrob of an Indian captain and Wonder Woman Anushka Sharma. The two melted hearts with their Tuscany wedding and easily made it to the best celebrity ceremonies of the decade. Leave celebrities, the virushka wedding certainly became everyone’s new goal and the most relatable one at that!

Needless to say, right from the Mehendi to the Phere and the glittery receptions back in India, the couple were clad in outstanding Sabyasachi outfits and sported more than just one colour code. Here’s our breakdown of this beautiful wedding, that got everyone stuck to their screens for a long time now.

We love how Anushka broke the monogamy and chose a bright striped outfit for her Mehendi. And Virat too stole the show with a Pink overcoat and white Kurtha. This ceremony was all about lots of Pink carpets and floral outfits, blending in tradition and fashion the right way. So the next time we hesitate as a bride to sport those stripes, even at traditional ceremonies, we know what to do! 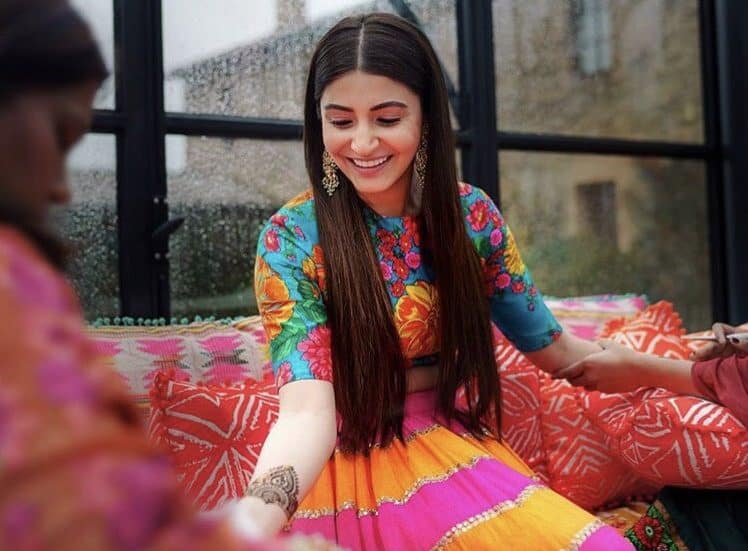 Killing it with the stripes

Say it with a ring

If their viral Manayvar advertisement wasn’t enough, their ring ceremony prior the wedding was one step more adorable. Accompanied by Koffee With Karan style blue couches, the two lit up the environment with lights strung together on lush greenery behind and of course their blushes. Anushka gave us a blast from the past, with tied up hair and a big red rose. And the actress’ maroon velvet saree was everything we wanted to experiment in 2018! While her uncut diamond choker too definitely stood out, we couldn’t stop admiring Virat Kohli’s small little flower lapel pin. Yes, for all you bridegrooms out there, the next time you’re stuck wondering about lapel pins to twin with your bride, here is a tip for you. Match some floral pins with the colour of your shirt, the way Virat does. That’s our best bet this season! 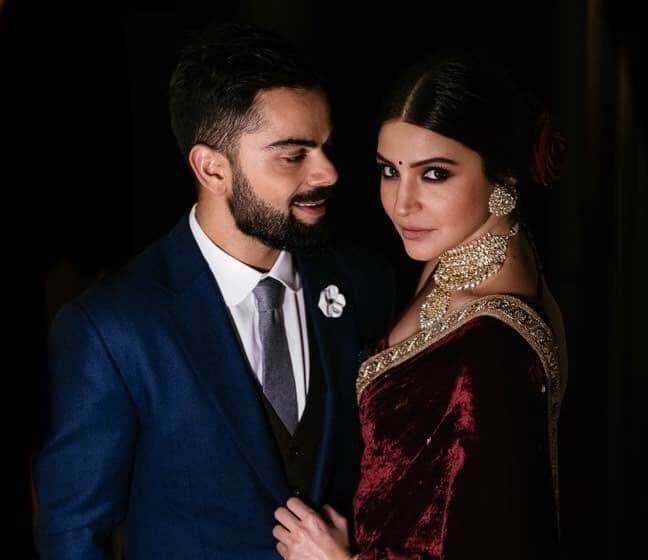 A Royal Affair – The virushka Wedding

Much like #SayCham‘s wedding, this Tuscany marriage too was pastel from start to end. Gardens filled with purple and pink flowers, pastel rose garlands and floral pastel outfits – that’s all the takeaway from this yet another fairytale wedding of the year. The couple kept it simple with white and yellow bulbs in the background and a soft pink coloured theme. And as you can see, both were nothing less than a dream in their Pink and Beige Sabyasachi outfits. 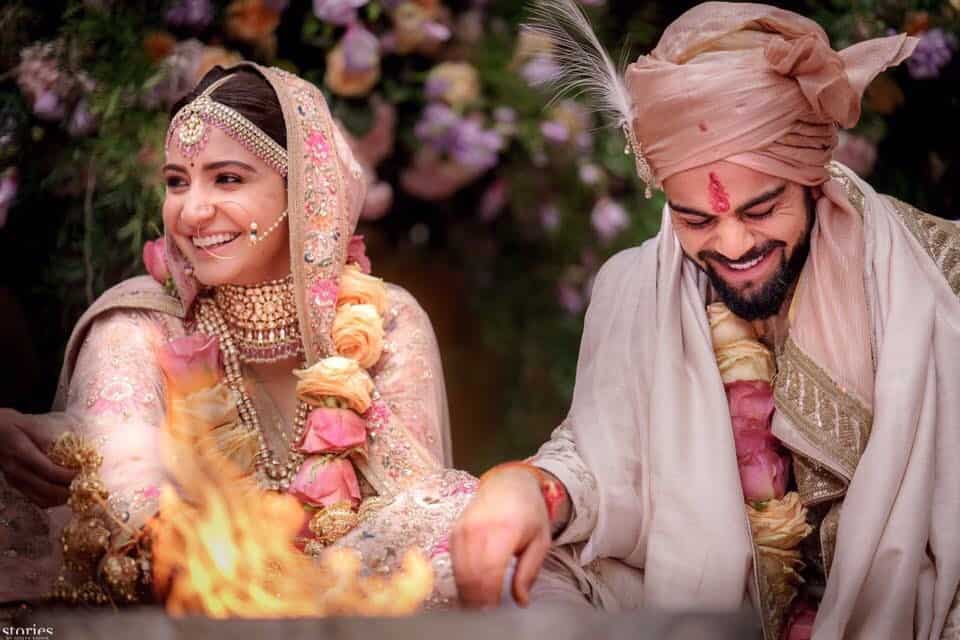 And we’re not done yet! Don’t blame us, blame Anushka and Virat for giving us bridal couture lessons enough for an entire year after. Over to the Delhi and Mumbai receptions, the best saree moment had come. Anushka’s Red Banarasi saree takes the cake home. With Sindoor and a red bindi, Anushka chose to be clad the Bengali way. Her grand choker and pinned up hair, was everything a bride needs to keep it bold and beautiful.

Now, throughout this wedding, if there was one fashion tip, men could take home, that would be Virat Kohli’s Churidhaars. From silk to Pashima shawls, the cricketer carried them off in utmost elegance. His reception look complemented the bride as well. Their Mumbai reception, on the other hand, was a rather Gold and Diamond studded night, with loads of glitter and trademark black suits to go with. 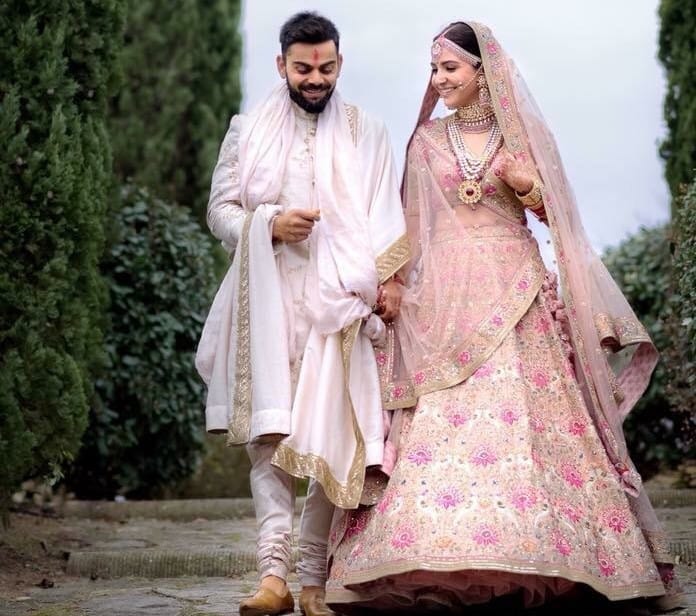 Celebrity wedding of the year

Joseph Radhik, does it once again

2017 was definitely the year when we thought Joseph Raddik and co can weave magic and the team proved us right yet again. This wedding designed by Narain Devika, looked the way it was to the world, because of this Mumbai based ace team and they probably are the best humans behind the lens, making every ceremony picture perfect.